Swami Sudhir is the founder of Shiva Yoga Peeth. He was born in Orissa, a Eastern state of India. In his early childhood he met with a lot of great saints and learned from them about yoga. After his graduation he left his home and traveled all over India in search of God and a deeper spirituality. He settled at Neelkanth Mahadav Temple in Rishikesh for three years where he worked as a priest and continued his Sadhana. After helping at the temple and gaining knowledge from them, he moved on to Varanasi for five years where he studied the paths of yoga more deeply and earned a Yoga Diploma from the Varanasi Hindu University. He then decided to spend some time in the jungles for deeper Sadhana.

Once his Sadhana was achieved he went on to gain his Yoga Master from the world famous Kaivalyadham Institute, a pioneer in yoga training. He then continued at the Institute as a yoga teacher and has been teaching and spreading the knowledge of yoga all over India ever since leaving. His aim is spread yoga and spirituality, health and harmony, love, peace and stress free living all over the world. 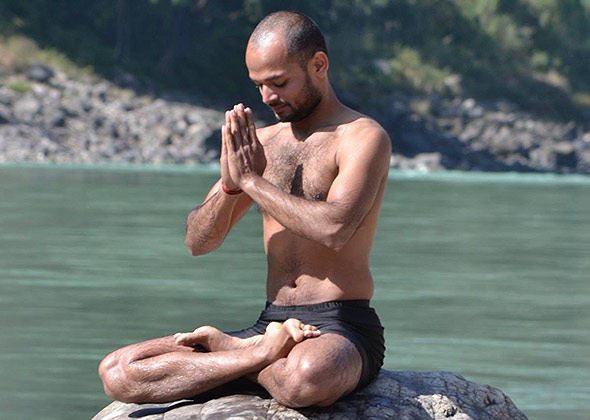 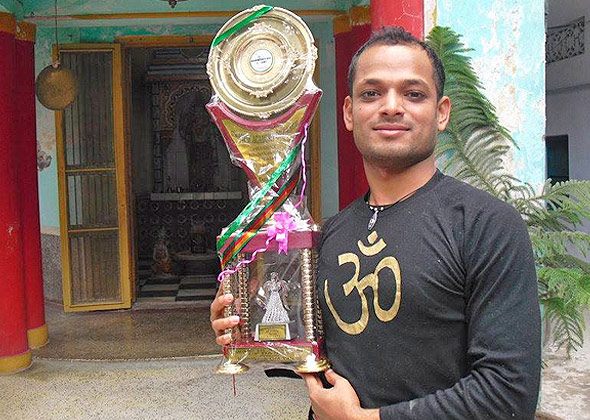 Yogi Sidharth, was born in Eastern India in 1988. Before leaving his profession to follow the spiritual path, Sidharth was a recent graduate working in telecommunications. In 2008, he began practicing and perfecting various styles of hatha yoga, such as Sivananda, Iyenger and Ashtanga, digesting and assimilating the strengths and benefits of each. In 2010, Sidharth completed both 200 and 300 hour yoga teacher training courses, becoming a traditional hatha yoga instructor. In 2012, he traveled south to Mysore, India, to become a certified ashtanga yoga instructor and in the same year Sidharth began managing and teaching at Shiva Yoga Peeth, Rishikesh, India.

Sidharth recently competed against 250 contesters in “Rishikesh Got Talent,” winning the title and was chosen as a contestant for “India got talent.” Sidharth is full of power & spirit, and as an instructor, he is exceptional in correct alignment, clear communication, thorough explanation, and proper demonstration with mindful attention to each students needs. 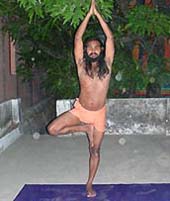 Swami Biswamvhar was born in Orrisa, located in Eastern India. He serves as the elected president of Shiva Yoga Peeth. He left home when he was young to search for god. He has been practicing Hatha and Ashtanga yoga since he was a child and has learned from many gurus. He has studied Gita, Ramayan, Bhagabad Gita, Upnisad, Vedas, Vedantas and Patanjali yoga sutras. His aim is to spread the knowledge of yoga all over the world. 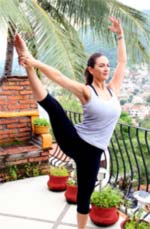 Lolita Webelman took her first yoga class in India in 1999. She continued her practice in her native country Mexico and went on to train at The Iyengar Yoga Center in Mexico city. Lolita considers herself an eternal yoga apprentice. She has taken multiple workshops, yoga and meditation retreats in Mexico and the United States. She has taught Hatha, Ashtanga and Vinyasa yoga in many different establishments as well as locations. She has recently been teaching in India at Shiva Yoga Peeth as a guest teacher. Her classes are playful with a focus on correct alignment 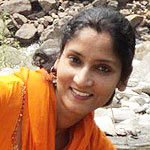 Dr. Latika Verma was born on February 13, 1978 in Jalandhar, India and graduated from Dayanand Ayurvedic college in 2003 from her studies in Ayurvedic medicine and surgery. She has a vast experience in Ayurvedic medicine and now teaches Anatomy and Physiology of the Human Body at Shiva Yoga Peeth. As Yogic practices are slightly based on Ayurveda, she is an ideal person for teaching the importance of Anatomy in Yoga.

Ravi Bisht is a classical hatha yoga teacher with expertise in Iyengar style. His yogic journey started 15 years back after completing his Masters in Yoga from Uttarakhand University (Rishikesh). With a intention of spreading yoga as a tool for overall well being, Ravi Bisht, the most well known and experienced classical Hatha yoga teacher in Rishikesh where he was born and brought up, he gave all his heart and soul to get to the roots of yoga physically, mentally and spiritually.

Being more than a decade in his teaching experience in India & abroad, he inculcates qualities of humbleness and gratitude towards all his teachers who helped him achieve this place in his personal Yogic Journey. 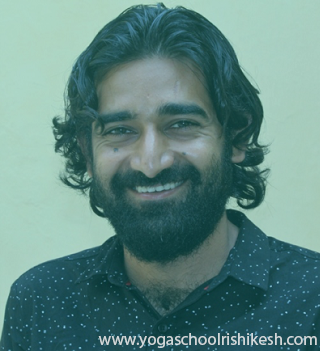 Jagjeet has in-depth knowledge and has been practicing and teaching Yoga Therapy, Alternative Therapy, Yoga Philosophy, Pranayama and Mudra Bandhas. It’s been more than 16 years now, that he has been teaching Yoga and Asanas.

He grew up learning yoga vidya and ancient practices to heal people. He learnt different therapies which include Yoga and other alternative therapies while pursuing his University studies. After completion of which, Yogi Jagjeet decided to go for Sadhna in Himalayas, all by himself, for couple of years. Along his journey, he came across ancient yogis and sadhus of Himalayas who taught him various sadhna techniques. To spread and share his bundle of knowledge and information with people to serve mankind, he believes in the theory of helping by healing others.

Born and raised in a very traditional Brahmin family within the City of God of Rishikesh, Yogi Neeraj Ji was introduced to yoga and ancient scriptures in his childhood by his Guru. He went on to study Yoga from Uttarakhand Sanskrit University Haridwar, India where he earned Graduate Degree in the Sanskrit.

Yogi Neeraj is known for his powerful adjustments that safely teach students the depths of each pose. Neeraj has a total experience of 5 years in teaching yoga and possesses a sound knowledge of Anatomy, Physiology, and basics of Yoga. After observing his dedication and dexterity, the renowned teachers allowed him to assist them with their classes. A charming and charismatic person by nature, Neeraj teaches the class in a very traditional way. He teaches a traditional style of Ashtanga Vinyasa & Vinyasa flow Yoga i.e. Asanas, Pranayama, various styles of Meditation and Yogic lifestyle consultation to bring perfect harmony in modern lifestyle.
His dynamic, young, and energetic personality make the yoga classes a happy learning place to visit.

He was born at Sri Swami Rama ji’s ashram, Sadhana Mandir Trust, in Rishikesh, India, where his father served Swami Rama ji for almost 40 years before retiring at an old age. Owing to this fact, Dipendra was born and raised up in the ashram from birth and was brought up with yoga and spirituality as part of his childhood. He was very much privileged to be so close to Swami Rama ji and his teachings, which continues to be a strong influence on Dipendra into his adulthood. His time in the ashram has naturally brought him into yoga, meditation, its philosophy and its practices under his father’s close guidance. Yoga and its practices has been his main source that brings physical, mental and spiritual stability in his daily life. Before he stepped into yoga teaching, he pursued his education and completed a Masters in Yoga (M.A. Yoga). After few years of teaching in schools and private sessions, he finally decided to continue his studies and practices, and gradually started sharing his knowledge mainly in Kundalini yoga and anatomy, relaxation and meditation theory and practices. He aims to bring tranquility and peace through yogic practices and to share his knowledge and experience.

review us on
See All Reviews